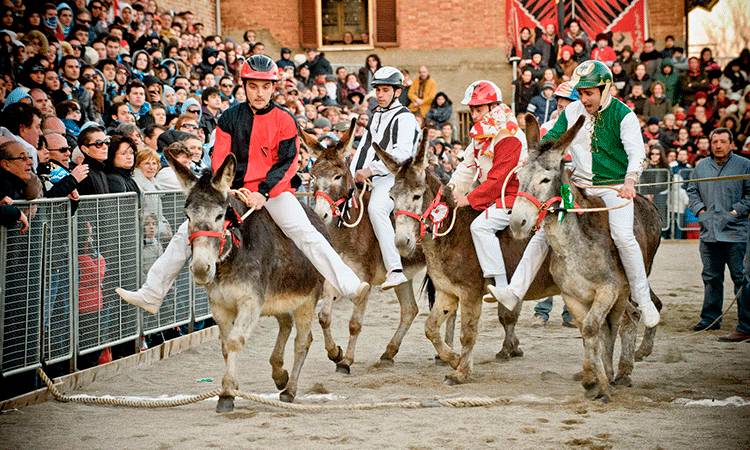 In Torrita si Siena every year, during the Sunday after the feast of St. Joseph (March 19), the Palio dei Somari (Donkey Race) is held. The 8 districts of the city compete running 4 elimination sets, and then, for those who pass the first races there is the final challenge. The route is traveled by the donkeys spurred to run by jockeys. Who wins the final challenge wins the prize, a painted drape. The race is  preceded by the magnificent historical parade and the performance of drummers and flag-wavers also competing to win the prize for the best performance.

During the week preceding the Palio, in the historic center of Torrita di Siena there are medieval dances, duels among knights, performances by archers and falconers, performances by jesters, jugglers and storytellers. The Sunday before the Palio is held the Flag feast with the performances of drummers and flag wavers from all over Italy. During these days is also possible to savor tuscan specialties at the 4 taverns managed by the 8 districts.