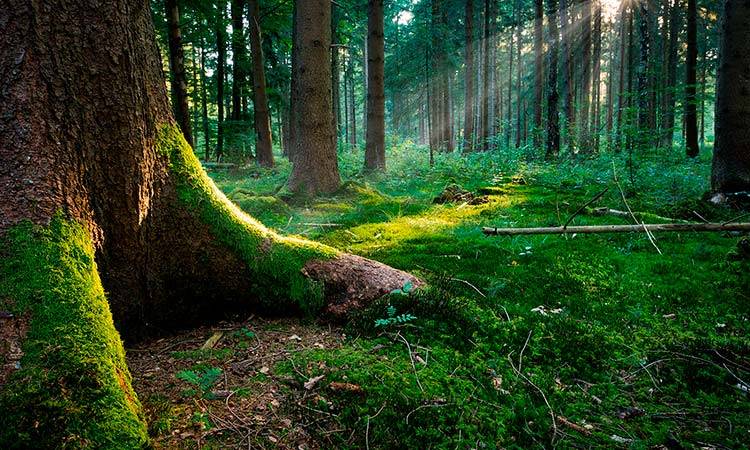 Our street is lined with a grove of oaks and junipers. Some time ago, I really wanted to go and look for mushrooms, but because of my workload I had never found the time to go out, so I decided to do a short tour of patrolling in the woods near the house. I put on my boots, I grabbed a walking stick and went into the woods. What a wonderful world! As soon as I left the road and put my foot in the first fallen leaves it was like stepping through an invisible door. It was another dimension where all sounds are muffled, the lights look different and even time seems to flow differently. Even the concept is strange in that you are no longer an individual, but a part of a greater being, like the branch of a huge tree … I heard nothing but the sound of birds, the wind in the leaves and scurrying of some animal that was frightened by my presence. The walking itself felt different, the leaves formed a soft carpet that gave me a light and plush step. I looked up at the sky and saw some kind of curious bird that spied on my movements, and near the earth, the herbs such as wormwood, thyme, mint, flowers and small Carpia (moss) made me feel like a child inside the crib. The trees, when left to grow as they want to, take fantastic shapes. I found one whose roots formed a natural basin that collects water, and the animals go there to drink because all around the tree trunk were their tracks. Yes, the tracks. This is a gift from my father, a passionate hunter, who took me when I was on walks in the woods and taught me to recognize tracks, feathers, sounds and calls, and other signs that animals leave in their wake. Maybe that’s why I love the forest so much, because being there is a bit like being with my father; I experience the same scents, the same sounds, and the subtle anticipation of meeting an animal more frightened of me than I am of it, and both of us ready to escape in our own direction as if we were playing a child’s game.