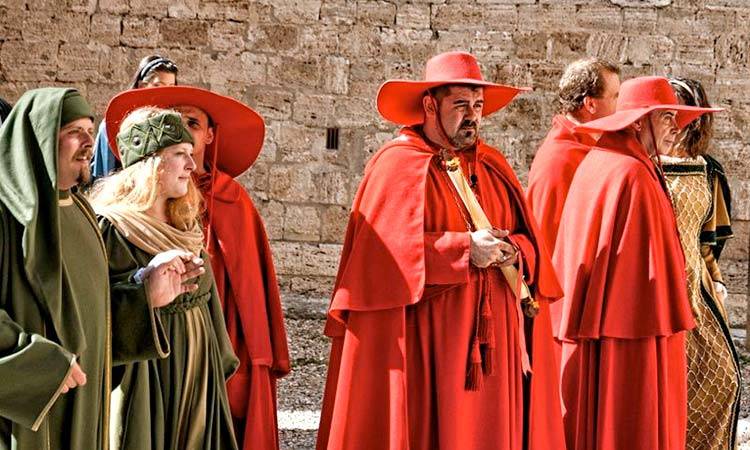 The feast commemorates, with flag-waving contests of skill and archery, in medieval costumes, the meeting of Frederick Barbarossa with papal envoys took place in 1155. Two days of folklore, tradition, entertainment and the flavors of fine cuisine valdorciana exalted in the heart of the Districts.

The Barbarossa festival is held in San Quirico d'Orcia every third week of June, since 1962. During this festival the city is divided into four quarters as it was in medieval times. There is the Borgo district where flags and costumes are black and white; the reeds, with white and blue colors; the white and red castle and the white and green lawn. Not only the ancient districts, but also the Barbarossa, the cardinals, the civil authorities and the nobles of the past return in a beautiful and evocative historical reconstruction. The highlight of the party is Sunday afternoons, when the districts with their archers challenge each other to conquer the pitchers of the emperor. The town on that weekend takes on a medieval connotation, colored flags, ancient taverns and sounds.